Home Exercises Fitball – what is it in fitness?

Fitball – what is it in fitness?

Fitness involves a variety of training formats and the use of additional equipment makes training within these formats more effective and fun. Fitball is used not only in fitness, but exercise complexes with it are also in demand in Pilates, yoga, health, therapeutic and rehabilitation physical education. This is a quick guide to using a Fitball – what it is, why use it in fitness, how to choose the ideal size for yourself, who is suitable for training and what results to expect.

Fitness is not just a tribute to fashion, it is a necessary measure to promote health and maintain the beauty of the body. It is one of the most popular shells used by millions of people around the world.

WHAT IS A FITBALL?

Let’s figure out what Fitball is in fitness. This is a large projectile in the form of an inflatable ball, it became known back in the 50s of the last century, during this period Fitball balls began to appear in gyms, people actively bought them for home use. The ball is quite dense and large and is used to perform various gymnastic exercises.

Most often, the shell is used to form correct posture and lose weight, but these are not the only reasons why a Fitball is needed. Ball exercises help to develop a sense of balance and strengthen the vestibular apparatus, for women, Fitball is relevant during pregnancy when you need to prepare the body for childbirth, as well as after childbirth for recovery.

The uniqueness of the projectile is that, with all its effectiveness, it minimizes the level of stress on the legs and spine.

The ball appeared in its current form in the fifties of the last century. Susan Klein-Vogelbach, a doctor who specializes in treating people with cerebral palsy, is considered the creator of the Fitball. Exercises with Fitball made a significant contribution to the rehabilitation of patients, so soon the use of such a projectile became a widespread practice for rehabilitation therapy after injuries of the spine and musculoskeletal system, restoring flexibility and mobility of the joints. Switzerland was the first to support this, so the Fitball is sometimes still called the Swiss ball.

After some time, exercises on the Fitball gained massive popularity, they switched from rehabilitation complexes to fitness. Mass demand is due to the amusing format of training and the absence of contraindications, as even pregnant women at a later date can engage in Fitball activities. These large, brightly coloured balls not only provide tangible results but also make your workout fun. With a Fitball, you can do exercises, throw and catch it, hit the floor and walls, it’s very fun. Against the background of general fun, body endurance, strength and dynamic indicators, including coordination of movements, will develop.

In order to benefit from the Fitball, you just need to sit on it. Sitting on an unstable surface of the ball will only work with a straight back, this helps to improve posture as it benefits the spine. Given such unobtrusive benefits, it is common in many Scandinavian countries to use a Fitball instead of a chair.

Due to the round shape of the ball, the amplitude of all movements becomes higher, this in turn, increases efficiency and the muscles become more elastic. Constant vibrations of the ball stimulate the work of all internal organs and systems, including the gastrointestinal tract, nervous and endocrine systems. Due to the instability of body position, the muscles are constantly tense, but not overloaded.

Also, exercises with a Fitball contribute to the development of self-control. If you are not used to playing sports, then Fitball is a great reason to get this habit. Workouts are so fun that you want to come back to them again and again.

According to reviews, Fitball is in great demand among overweight people. With a large amount of extra pounds, many loads are contraindicated due to undesirable effects on joints and blood vessels. Fitball relieves unnecessary stress, for the same reason, training with it, is recommended for varicose veins, injuries of the spine and knees. The benefits of Fitball extend to the heart muscle and this exercise increases aerobic endurance. Muscles gain tone, the body becomes more toned and flexible.

HOW TO CHOOSE A FITBALL?

Before choosing a Fitball, you need to study several features, only a projectile suitable for individual parameters will allow you to succeed. The size of a Fitball is its diameter, from 45 to 95 cm. Balls with a diameter of 45 cm are intended for infants and young children, the first training with a Fitball can be started at two weeks of age and by about five years a ball with a diameter of 50 cm is required.

The size of the Fitball is selected depending on a person’s height, with a height of 160 cm, a ball with a diameter of 60 cm is needed. Whereas, from 160 to 190 cm, a standard Fitball with a diameter of 75 cm would be best. If a person is more than 190 cm tall, then they will need a diameter of 85 cm or above. You can make a test if you sit on a well-inflated ball and put your feet on the floor, then the angle between the lower leg and the thigh should be 90-100 degrees.

When choosing, you need to pay attention not only to the size, but also to the quality of the projectile. Fitball must be equipped with a security system. If it is present, in case of damage, the ball will not burst with a loud pop, but will gradually release air. It is important to consider what weight the ball is designed for and to take into account the manufacturer’s instructions, such as; in what state to store the projectile, how to pump up the Fitball and how to care for it. A high-quality ball will withstand very heavy loads, but even shock effects are contraindicated for it.

THE EFFECTIVENESS OF TRAINING ON FITBALL

The benefits of Fitball work in different directions. For slimming, it helps to jump on a Fitball, you just need to sit on the ball and start jumping on it, but so that the buttocks are not fixed on the ball and the foot lifts from the floor. The load on the legs will be minimal, while the leg muscles will be strengthened and toned.

The benefits of the Fitball for the gluteal muscles will be just as pronounced, they take on a beautiful shape. The exercises are simple enough, such as lying on your back on the floor, bending your knees and placing a gymnastic ball on top. Next, you need to raise and lower the pelvis, straining the buttocks and trying to hold the ball so that it does not fall.

Fitball is not only a benefit but also a fun element in every workout.

Just as interesting and effective are ab exercises, such as twists and turns. You need to lie on the floor in the same way, bend your knees and place the ball on them. Lift your upper body off the floor and twist your torso, so that the right elbow reaches the left knee. After returning to the starting position, you also need to reach with your left elbow to your right knee. During each action, you need to control the position of the ball so that it does not fall.

This advantage of the Fitball should be highlighted separately. This shell is inexpensive, easy to store and simple to use. You do not need to purchase separate equipment for training the press, buttocks and other areas on the body, as it is enough to purchase one Fitball. It is easy to carry it with you in a deflated state, so your favourite set of exercises can be with you anywhere, even on a trip.

WHAT DO FITBALL COLOURS MEAN?

Fitball colours do not mean anything, there are no specific standards for the ratio of colour, size and quality among manufacturers. But, if you choose the colour that you like, then the use of the Fitball may be doubled. It is known that a different colour spectrum has a special effect on the human body and psyche, we are especially sensitive to some colours.

For example, the colour green can relieve fatigue, blue calms the nervous system, red improves immunity, orange has a positive effect on kidney function and yellow helps to cope with depression and prevents its occurrence.

ABOUT THE POPULARITY OF FITBALL

Less recently, Fitball was some kind of exotic exercise, now many people know what Fitball is and why it is used in fitness. Everyone, including pregnant women and the elderly, are engaged in it. This is one of the most affordable machines available and it provides ease of a workout at home and superior health benefits.

Author
Liam Hudd
Certified Personal Trainer in Bristol with many years of experience in training and coaching. Liam can help anyone lose weight or gain muscle mass, from beginner to professional. Hundreds of satisfied customers speak volumes about his amazing reputation. 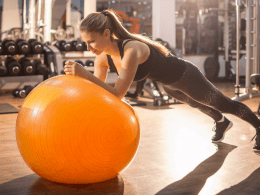 Aerobics is not just a physical education with elements of sports dancing, but an integrated approach to solving several…
byLiam Hudd 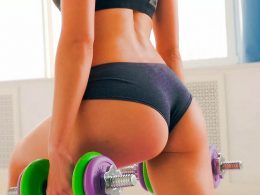 10 effective ways to pump your butt

All women dream of a perfect and beautiful backside. They wonder how to pump it up, make it bigger…
byPollyana Marques 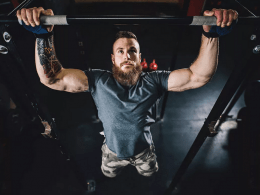 Which is more effective: bodyweight workouts or a gym?

Any cookies that may not be particularly necessary for the website to function and is used specifically to collect user personal data via analytics, ads, other embedded contents are termed as non-necessary cookies. It is mandatory to procure user consent prior to running these cookies on your website.